Plant hunting is a hit-and-miss business. The targets of the hunt respond to the largely inscrutable rhythms of nature, not the carefully planned schedule of the hunter. One year, a roadside field can be aflame with a million amethyst orchids, rippling in the breeze like a Roman emperor’s toga; the next year, on the very same date, the same field is as barren and dusty as a village football pitch in the Sudan.

Galanthus peshmenii has been flowering in the UK for about three weeks now and I came to Kemer, on the coast of southern Turkey, to see what it is doing in its natural habitat. Not much, is the answer. The streams that run down from Tahtali Daği to the Mediterranean are almost dry and, evidently, there has been very little rain recently. Although a few snowdrops are emerging, most remain underground and I will have to come back next month, to see them in flower.

But no matter. In all the hills around Antalya, up to about 500m elevation, Cyclamen graecum is in full, spectacular flower. Like all Cyclamen species, the variability in both flower and leaf is infinite. No two individuals are alike.

Today I hiked up Göynük Canyon, from sea level to about 600m, at which point imminent cardiac arrest and the approach of darkness dictated a reversal of direction. Other than a deliciously scented Daphne, heather and a few lonely Colchicum, little other than the Cyclamen was in flower. This is Cyclamen maritimum, recently split from the variable and widespread species C. graecum.

But what a spectacle! Flowers, from almost white to deep magenta, the auricles stained purple in every case, and leaves as individually distinct as fingerprints. 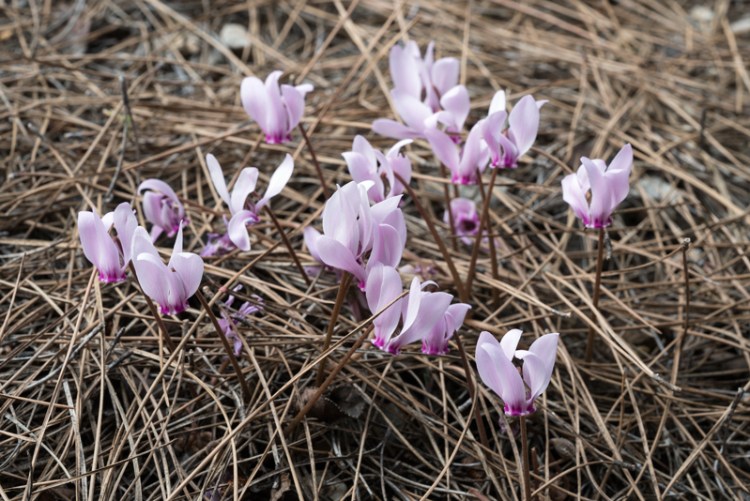 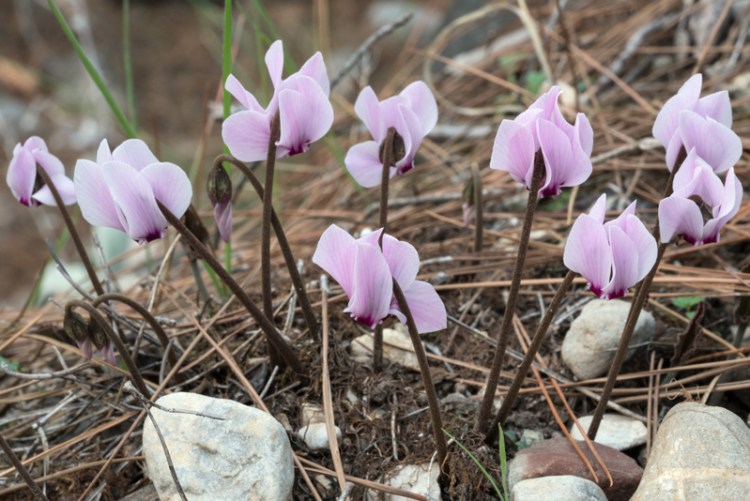 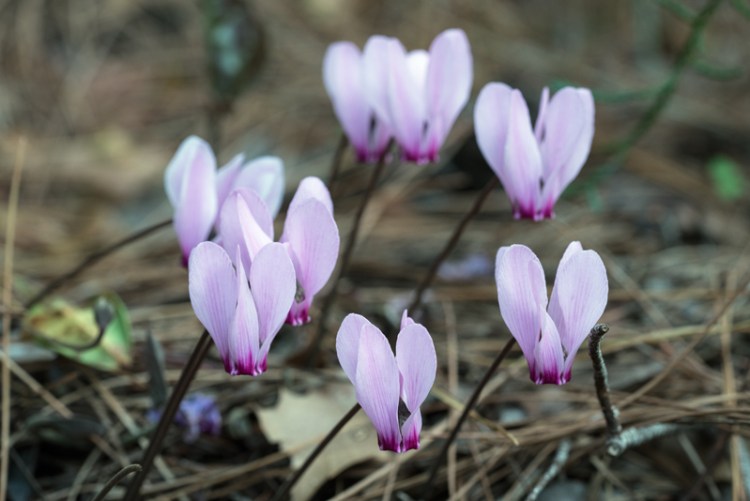 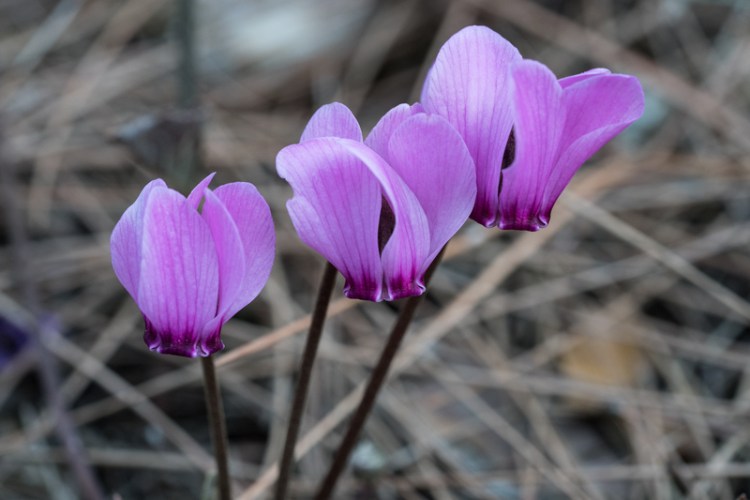 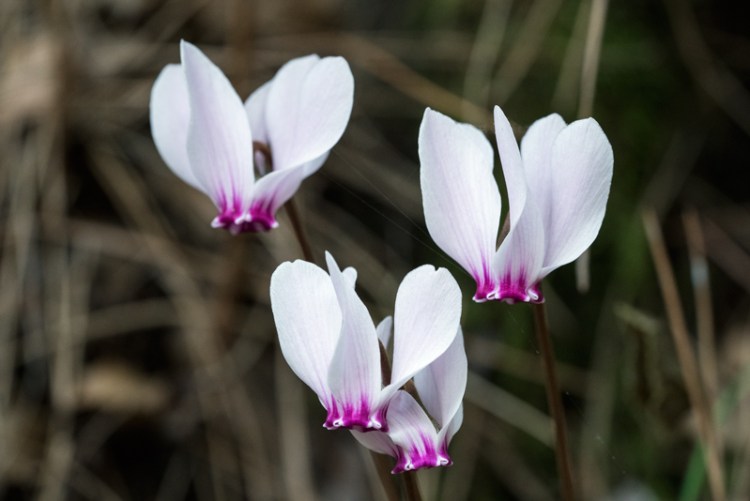 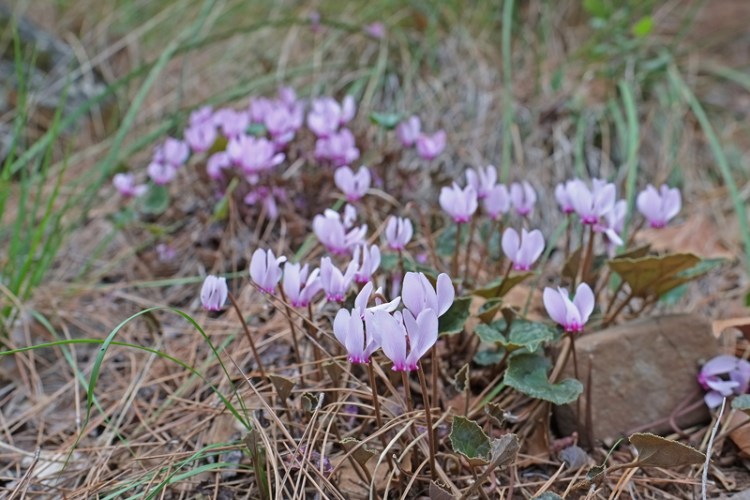 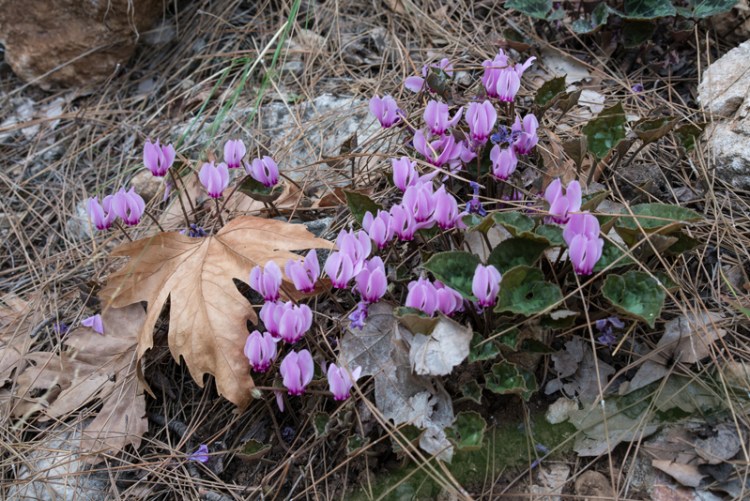 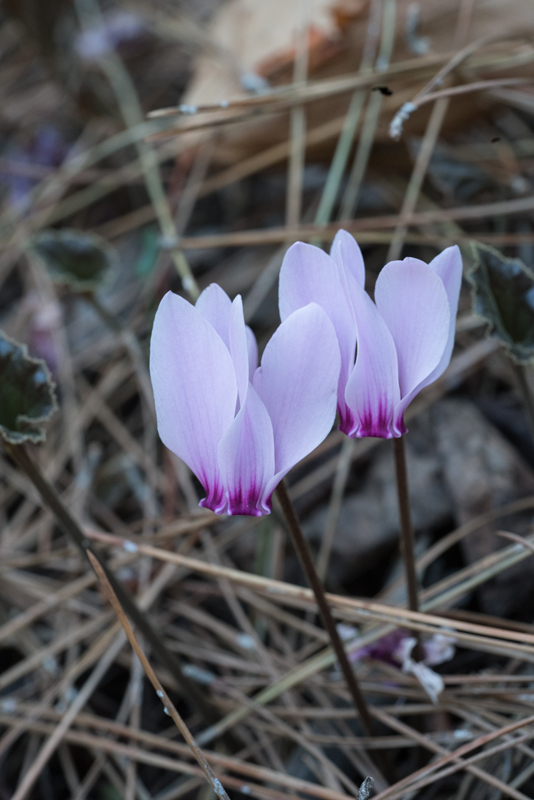 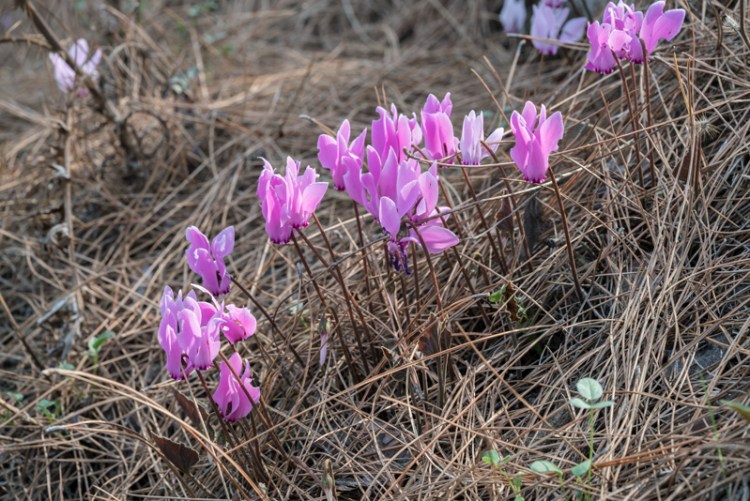 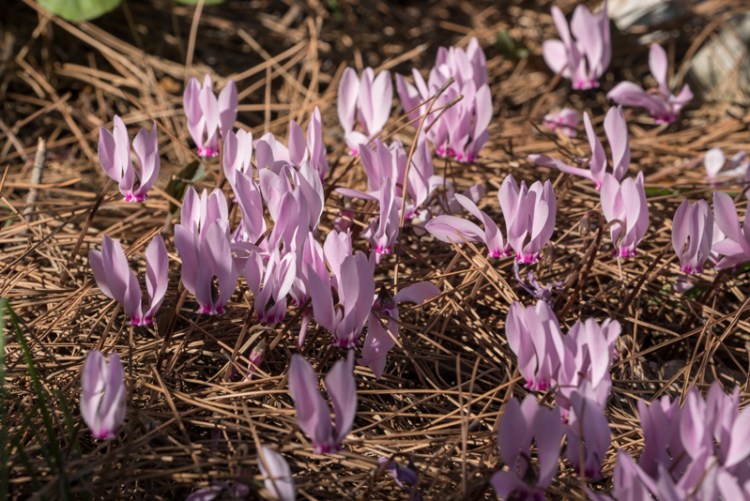 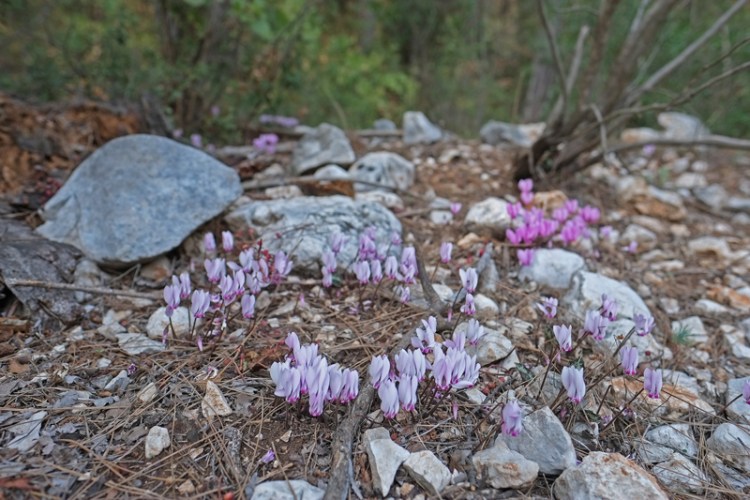 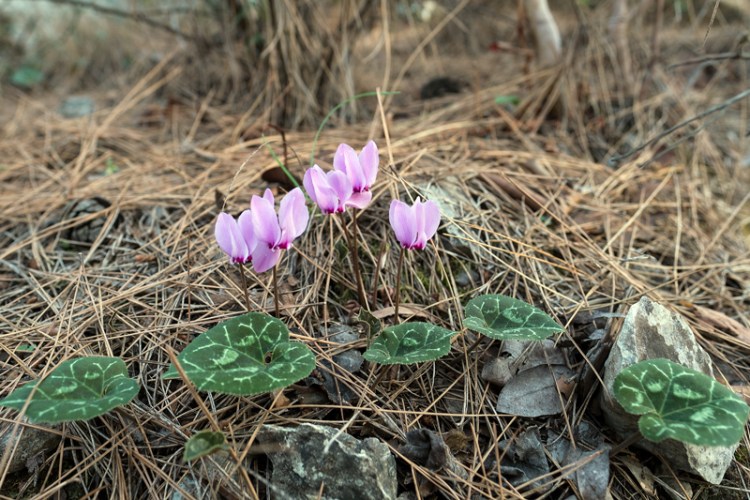 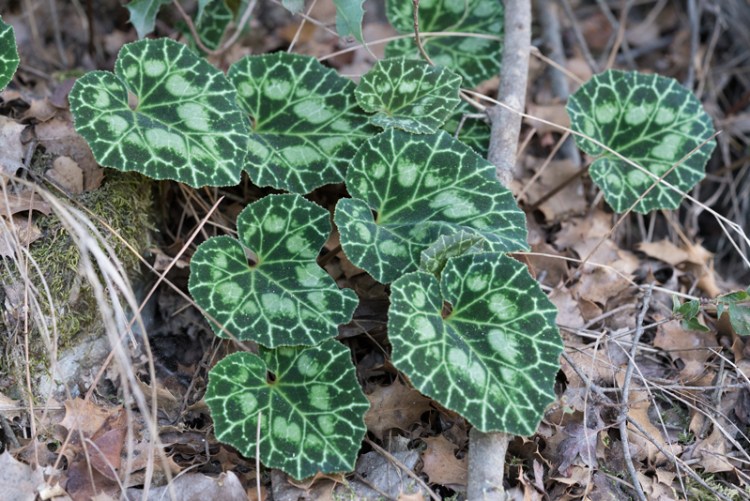 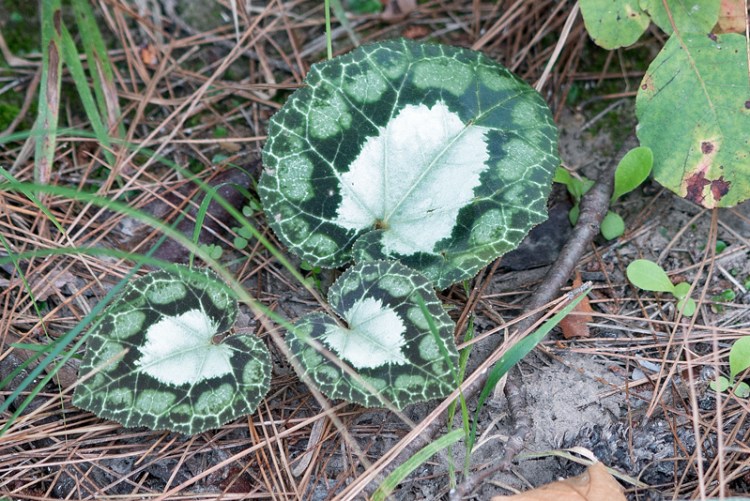 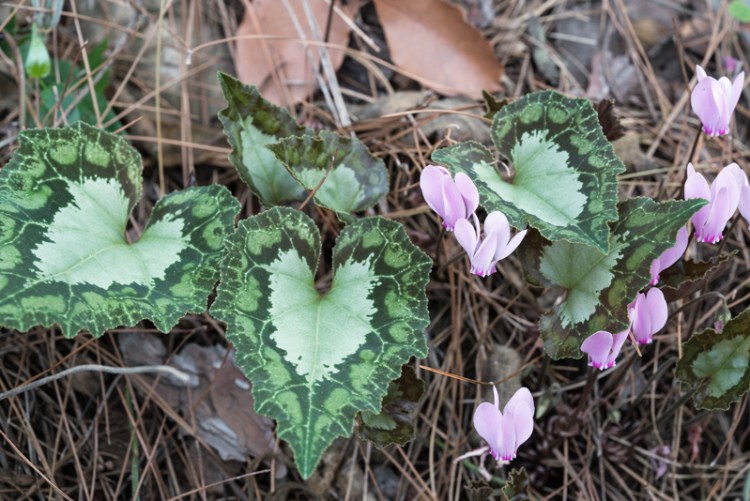 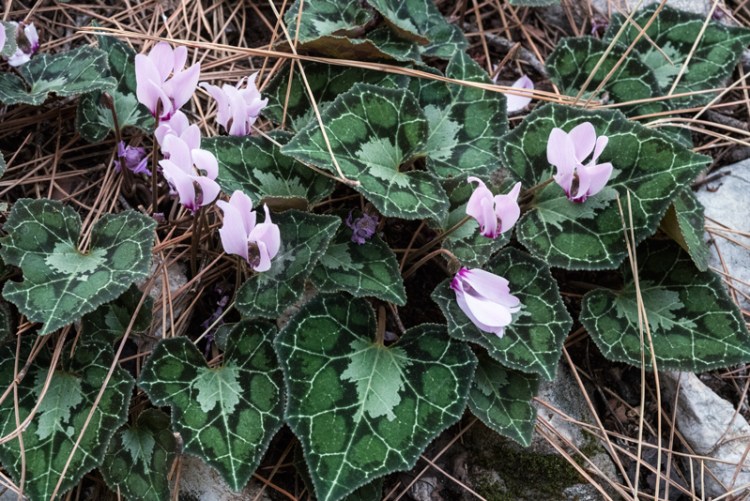 The snowdrops can wait.